The Adecco Group Foundation is changing the way society thinks about human potential. We are not a grant-giving foundation, but rather a social innovation lab, incubating and accelerating new solutions in the world of work.

As the world’s leading provider of HR solutions, creating social value is in the DNA of the Adecco Group. We connect people and companies with opportunity and help them find their paths. The Adecco Group Foundation (AGF) was created in 2017 as the global corporate foundation for the group. It serves as the home of our social value creation activities, and functions as a social innovation lab, focused on making the world of work a fairer, more accessible and better place through targeted innovation projects. Our vision is of a world where all people are enabled to reach their full potential. Our mission is to leverage the know-how and resources of the group and other stakeholders to drive social value creation in the field of employment and skills.

The AGF builds on the success of the four national foundations, Fondation Adecco Group in France, Fundaciòn Adecco in Spain, Fondazione Adecco in Italy and Adecco Stiftung in Germany. These remain independent foundations, alongside the global body.

As we cannot boil the ocean, the AGF is focused on two complementary issues: unlocking hidden potential and workforce vitality.

Everyone has value and a contribution to make. We help three main underserved groups to build their skills and employers to recognize hidden potential:

A vital workforce must be physically and mentally healthy, resilient and fit for purpose. Employers play a key role in creating such an enabling environment. See the Innovation Project on Workforce Vitality

Head of the Adecco Group Foundation 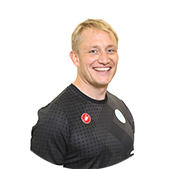 Programme Associate, CEO for One Month

Chairman of the Board

Chief Marketing & Communications Officer of the Adecco Group
This website uses cookies for audience measurements and advertising purposes. You can learn more about our use of cookies and configure your browser settings in order to avoid cookies by clicking here. By navigating this website, you agree to our use of cookies. X

Head of the Adecco Group Foundation

Following a career in the private, and non-profit sectors, Cynthia Hansen joined the Adecco Group in August 2017 to head the new Adecco Group Foundation. Cynthia’s areas of expertise include corporate governance, social responsibility, partnerships and impact. Prior to joining the Adecco Group, she spent nine years at the World Economic Forum, in leadership roles across Civil Society, Strategic Partnerships, Professional Services industry and Content Strategy. Previous roles include Director of Management Consultancy at boutique consulting firm Action Planning, Director of the US State Department’s International Visitor program for the State of Washington under the World Affairs Council, and Head of Admissions for Amity Institute, an international teacher exchange program. Cynthia has served on the boards of a number of non-profit organizations, including the Center for Women and Democracy, EU Consult, and The Internationalist magazine. In addition, she was an official delegate of a Washington State women’s mission to Cuba (2003) and an election monitor in Jordan (2003) under the auspices of the National Democratic Institute. Cynthia holds an MSc in Management of NGOs from the London School of Economics, and a double BA (Hons) in Asian Studies and English/Literature from the University of Puget Sound.

Programme Associate, CEO for One Month

Esmeralda Izquierdo joined the Adecco Group in August 2017 as project Manager in ‘Way to Work’, one of the marketing programs of the Group which is under the new Adecco Group Foundation. Prior to joining the Adecco Group, she spent three years organizing events. Firstly, in a sport Agency identifying the best marketing strategies for it and trying to find some collaborations with other similar companies. After that, she spent one year as an Event Coordinator in a specialist Foundation in HR Managers making events for them with some recognized people being the master of ceremonies. She is used to working on big companies and small business adapting to each circumstance that surround her. She is a proficient at signing Marketing and Sponsorship agreement. Highly experience and motivated, she has demonstrated a strong commitment to communication and marketing as main skills. In addition to her mother tongue, Spanish, she is able to speak English after having lived in Ireland. She is graduated in Journalism from the Complutense University in Madrid.

Prior to joining the Adecco Group Foundation, Liana was leading partnerships and engagement on inclusive growth at the World Economic Forum. She was responsible for knowledge and community management of the Network of Global Agenda Councils of the World Economic Forum. She led a number of public-private partnerships, including the G20/B20 collaboration under the Russian Presidency of the G20. She joined the World Economic Forum as Global Leadership Fellow. She holds a Master of International Affairs degree from School of International and Public Affairs, Columbia University; Master’s degree from Lund University, and Master in Law from Kaliningrad State University.

Blending her experience in the non-profit and private sectors, Shareena Hatta joined the Adecco Group Foundation in March 2019 to head the CEO for One Month Programme and their Youth Employability Solutions. Over the course of her career, her path has led her to form expertise in the broadcast media, finance, and education industries underpinned by the purpose of creating social value. Originally from Malaysia, she grew up criss-crossing the world through Myanmar, Indonesia, the US, Belgium, and Hong Kong before ending up in Switzerland in 2012. Understandably, cross-cultural understanding, global reach of impact and scale are continuous drivers for any work that she undertakes. Arriving in Switzerland, Shareena managed Hult International Business School’s Alumni Affairs department, creating and implementing global strategies to build thriving local alumni communities. Soon after, she moved to the World Economic Forum, heading the Young Global Leader’s Alumni Community and Programming portfolio. An avid photographer, you’ll also find her on adventures snapping away at the best landscapes and scenery possible.

With the objective to combine her previous work experiences from the private and social sector, Camille Demonchaux joined the Adecco Group in November 2018 as a project coordinator of the new Adecco Group Foundation. Camille areas of expertise lie in business development, social innovation, entrepreneurship and impact. Before joining the Adecco Group, she completed a fellowship at a social impact accelerator in Guatemala helping start-ups develop and succeed. Prior to that, Camille worked at leading corporations including over two years at Salesforce in business development roles and a year at W.L Gore & Associates in marketing. While at Salesforce, Camille supported the company’s foundation with the coordination of educational programs and wrote her master thesis in the area of shared value creation. Camille has lived in 3 continents and speaks English, French, German and Spanish. She holds a MSc in Management from HEC Lausanne (Switzerland), and a BSc in Business Administration from Bishops University (Canada). 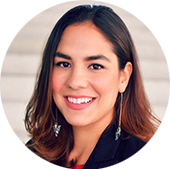 With the purpose to combine her passion for communications and interest in the world of work, Rafaela Marinho joined the Adecco Group in August 2018 as an intern of the Win4Youth Program, and to support the Adecco Group Foundation team. Before joining the Adecco Group, she spent five years working in communications with experiences at the most prominent Brazilian media corporations (Bandeirantes Group, Abril Group, and Globo Group). She has produced and published written, audiovisual and digital content for different audiences. Previous roles include Research Assistant in the HR sector at Spencer Stuart - a global consulting firm; Social Media Manager at an international academic Swiss institution; External Researcher at a non-profit foundation (DiploFoundation); and Translator at a startup (Paymash). Rafaela holds a Master of International Affairs from the Graduate Institute in Geneva (Switzerland), and a Bachelor of Communications from the Federal University of Rio de Janeiro (Brazil) with overseas courses at Universidad Autónoma de Madrid (Spain).

Alex Ridder joined the Adecco Group Foundation in June of 2018 because it offered him the opportunity to realize his passion for allowing social value to be a driver for the world of work. For the past 5 years, he held roles in finance, operations and solutions with the Adecco Group global MSP and RPO brand, Pontoon. While with Pontoon, and not owning a bike or being able to swim 50 meters, he challenged himself to complete an Olympic Triathlon as a 2016 Win4Youth Ambassador. He has been an huge advocate for the program ever since. Alex graduated from Colby College with a degree in International Studies and earned his Masters in Intentional Business from Daniels at the University of Denver. Growing up in Colorado, Alex is avid snow-sport fan and outdoor enthusiast, if you don’t see him at the office, you will find him with his family exploring a new adventure.

Chairman of the Board

Rolf Dörig has been Chair since January 2009 and a member of the Board of Directors since May 2007, member of the Governance & Nomination Committee since April 2017. He has served on the Nomination & Compensation and the Corporate Governance Committees. His one-year term of office ends on the day of the next Annual General Meeting of Shareholders.

Rolf Dörig obtained a doctorate degree in law (Dr. iur.) from the University of Zurich, Switzerland, and was subsequently admitted to the Bar. Furthermore, he also completed the Advanced Management Program at Harvard Business School (Boston), USA.

After joining Credit Suisse in 1986, he held a number of executive positions in various areas of banking and different geographical markets. As a member of the Group Executive Board, he was assigned responsibility for Swiss corporate and retail banking from 2000 onwards. In 2002, he held the position of Chairman Switzerland. Rolf Dörig was Chief Executive Officer of the Swiss Life Group from November 2002 until May 2008, when he was elected to the Board of Directors.

From 1987 until 2000, Alain Dehaze held senior positions in a number of European countries at Henkel and ISS. In 2000, he became Managing Director of Creyf’s Interim in Belgium (now Start People). From 2002 to 2005, he was Chief Executive Officer of Solvus. Following the acquisition of Solvus by USG People, the Netherlands, in 2005, he became the Chief Operating Officer of USG People, with overall responsibility for operations, including the integration of Solvus. From September 2007 until 2009, he was CEO of the staffing services company Humares, the Netherlands.

Since August 2017 he has been a member of the newly formed ILO Global Commission on the Future of Work.

Stephan Howeg has a Masters Degree in History, Philosophy & Sociology from the University of Zurich, Switzerland, as well as having completed a four-year apprenticeship in Mechanics. He has taken Executive programmes in Marketing, Communications and Leadership at IMD, INSEAD and Harvard.

Hans Ploos van Amstel holds a Bachelor of Arts from the Economische Hogeschool of Eindhoven, and an MBA in Marketing & Finance from the University of Brabant, both in the Netherlands.

Hans Ploos van Amstel started his career in Finance at Procter & Gamble (P&G) in the Netherlands in 1989. Between 1992 and 2003, he held positions of increasing responsibility in P&G across Saudi Arabia, Germany, Belgium and Switzerland. In 2003, he joined Levi Strauss & Co. in Belgium, as Vice President Finance & Operation Europe, and moved to the USA as global Chief Financial Officer in 2005. In his most recent position, Hans Ploos van Amstel was CFO of COFRA Group from 2009 to 2013, before acting as co-CEO of C&A Europe for a transition period until 2015.